In this research, we aim to generate image captions tailored to the actual usage of image captions. To achieve this, we consider psycholinguistic measurements during the generation of captions.

There are various situations in image captions used in the real world, and the desired properties differ depending on each application. Aiming to generate captions according to these, Ide Laboratory is working on image captioning that freely adjusts the details of the explanation of the image contents.

Therefore, consider “Imageability”, which is a measurement of showing the ease of imagining a word’s content. Including this into caption generation, it is possible to tailor the caption to an intended degree of visualness. In the resulting model, if you input an image into the caption model and specify a low value, a concise caption will be generated. In contrast, if you specify a high value, a caption that describes the image content in detail will be generated. 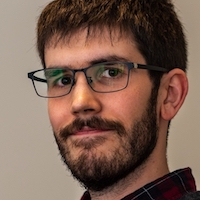 A study on image captioning considering its imageability (in Japanese)

Estimating the imageability of a sentence for image caption evaluation